I am certain I am not the only one blogging about this today. I just can not seem to get it off of my mind no matter what I do. Every little thing that I see, or think, ends up pushing my mind to the thought. The thought of all of those people who lost their lives that day over such a hateful act. I can not help but to think, ” was all of this a conspiracy?” Have we, as a nation, done this to ourselves by trusting too much in anothers leadership? I shiver to think that anyone can be responsible of such a horrific thing, but obviously someone is this evil,  or it would have never taken place. I just pray to God that it did not come from someone in our *neck of the woods*. 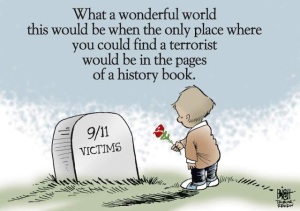 My daughter told me yesterday on the way home from school, that there were several children who would not be attending today. She said people are scared that we are going to get bombed. We live in a town, not a city of any stature, so I am certain there is nothing to worry about, as far as the school being hit. But I sit here pondering over that conversation.

That devastating day, thirteen years ago, is haunting the very child I was pregnant with when it happened. This evil that we faced then, is still with us in our hearts and minds. We fear that something similar is going to happen on the anniversary of that fatal day. Our children are aware of it, and are becoming fearful of a re-occurrence as well.

I wonder if it is wise to make sure they know of the terrible circumstances or do we keep it from them? I find myself wanting to talk with my daughter about it. But then that conversation is going to lead to details. Is her mind old enough to grasp it all? Will it affect her in a way to where she does not want to leave the house? I am referring to a child that can not sleep when it is raining for fear of a tornado. We were not hit directly during the wide spread event, but the hardest hit of our area was less than a mile away from where we were. So it terrifies her to go to sleep and not wake up. I just do not know what to do to comfort my children when the fear of terrorism strikes.I want my children to feel safe in their home, in their school, In THEIR Country, THEIR homeland…

I was sitting on my couch, scrolling over media sites and heard a very loud roar. I realized it was some sort of plane, that was obviously flying low, so I went to investigate. I wished I had taken my phone with me. I can not explain how low it was flying, and I have never seen a plane quit like it. I am sure it was an army plane. But why so low. Like just above the tree lines. Like they were trying to stay under radar. And over this town? Of course my blood pressure starts going up, because I am thinking the worst. I share the information with my husband in hopes of a quick response, because his employment is close to the school where the kids are. He replied quickly so I did not share with him what my imagination had led me to think,. 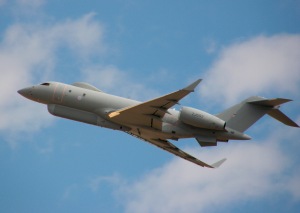 I know it may sound unrealistic to some, but evil will fall anywhere. They may have certain targets,but other places can become accidental targets. I fear for my children’s safety, for my husband’s safety. I fear that someday we are going to have to relive that terrible day. May God be with us in that event, And may God be with the families that lost loved ones on that day 13 years ago.

Really good at getting started...

Poetry and Stories by Zach Jackson

4 out of 5 dentists recommend this WordPress.com site

Bringing you love through spirit!

How did I get here?
meganelizabethmorales

This WordPress.com site is the bee's knees

Finding normality within Bipolarity. The inner musings of a chemically challenged manic-depressive. Mildly* asocial and a purveyor of awesome.

this is... The Neighborhood

the Story within the Story

My journey - The good, bad and the ugly

Enjoying the sparkle in every day

The Art and Craft of Blogging

The Adventures Of a Thirty-Something Life

Thoughts on mind pressing circumstances of an Ordinary Life

The latest news on WordPress.com and the WordPress community.

Really good at getting started...

Poetry and Stories by Zach Jackson

4 out of 5 dentists recommend this WordPress.com site

Bringing you love through spirit!

How did I get here?
meganelizabethmorales

This WordPress.com site is the bee's knees

Finding normality within Bipolarity. The inner musings of a chemically challenged manic-depressive. Mildly* asocial and a purveyor of awesome.

this is... The Neighborhood

the Story within the Story

My journey - The good, bad and the ugly

Enjoying the sparkle in every day

The Art and Craft of Blogging